After weeks of combing through CV after CV, you finally have a solid list of candidates to hire for your open position. Now comes the real fun: the interview process.

In the hurry to fill a position, some tend to overlook or rationalise obvious red flags during the interview process. They want to take the stress off an overworked team that they ignore some obvious problems with a candidate and his or her CV. This results in a poor hiring choice that will bring them right back to the interview process in just a few months.

Here are five red flags to look out for when giving a job interview.

Too many jobs in too few months

Some people can never quite settle into a job. They’re more than qualified, but after a few months, they no longer find the job as exciting and they quit. Now the hiring process has to start all over.

When you see a candidate has been at several jobs over the last few months, alarm bells should go off in your head. Though the candidate may have a valid reason for leaving the post, it might be that this person is what we call a serial job seeker: they get hired, have a few hard days, get discouraged and quit. Serial job seekers will bring you back to the hiring process before you even get a chance to file all their paperwork, so be wary.

Stability is key to a good candidate. If you encounter a CV like this, don’t make assumptions, but be sure to ask about their jobs. Maybe the company downsized and forced the candidate to look for another job. If a candidate’s reasons for leaving seem flimsy or perhaps a bit too convenient, reconsider hiring that person.

If a candidate gets an offer for a job interview at a company, the first thing they should do is a little research on your company to find out what it’s all about. They should visit your company website and look for mentions on news sites to get a better feel for the vibe and overall goals of the company.

Then there are those who don’t do any research at all and hope for the best. These are candidates that walk into interviews and ask questions like “So what does the company actually do?”, “Who’s in charge around here?” and “How long has this place been around?” Before you know it, you’re the one being interviewed, and all of the questions about the company could easily be answered with a quick Google search.

With so much knowledge available at our fingertips, it is practically inconceivable that a job candidate wouldn’t take 10 minutes before an interview to look up company information. It shows unpreparedness and a strong lack of responsibility, and you can’t help but wonder if the candidate is so unprepared here, what will he or she be like six months later? 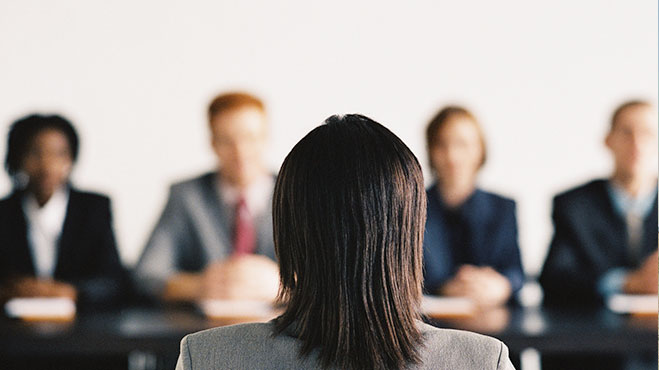 During the interviewing process, you’re bound to get a few candidates who swear that they’ve never done anything wrong in the workplace. Every project they completed was a masterpiece, and if something went wrong on a project, it was definitely someone else’s fault every time.

You, of course know better. Everyone has made mistakes at work at one point or another, and when all is said and done, you’re not looking to hire an angel. You want to hire a human, and it doesn’t look good when a candidate blames everyone else for the failure of a project and refuses to accept responsibility.

This doesn’t mean that you should hire the person who claims to have done everything wrong at his or her previous job, but try for an even ground. Many interviewers don’t like to beat around the bush, so they ask candidates pointblank about a time when they messed up at their previous job and how they handled it. A good candidate will give a solid answer.

Nothing screams unprofessionalism like berating a previous employer. When a candidate comes into your interview and talks about how terrible his or her former or current company is, you should automatically be sceptical.

With any problem in the workplace, there is always two sides to the story and your candidate won’t be giving anyone else’s perspective but his or her own. Be concerned with any candidate who describes a former boss as being incompetent or a poor leader. Maybe they were, or maybe the candidate just didn’t agree with them. If that’s the case, how do you know the candidate was right?

A job interview is basically a long conversation. Mostly, the interviewee should be doing most of the talking, but interviewers should be chiming in as well. But what happens when your candidate gives one-word or vague answers to most of your questions?

A job candidate who doesn’t want to talk is a rarity to be sure, but your spidey senses should definitely be tingling if you have to work hard to get a good answer out of a candidate. It could be an indication of unpreparedness.

It could also be a sign that your candidate is hiding some information from you. There’s a chance that the candidate might have lied on his or her CV, and now they don’t know how to answer questions based on false information. Most candidates are only too happy to talk about previous experience so be wary of those who aren’t.

To be fair, some people are naturally shy, but if your position requires employees to work as a team or talk with customers, then a shy person probably wouldn’t fit in well at your company.

When it comes to job interviews, bring your best recruitment practices to the table and you’ll surely find the perfect job candidate.

It’s a Candidate’s Market: What this means for jobseekers

The Benefits of Building Internal Mobility Pathways in your Business

How to Hire and Onboard new Staff – remotely

The great resignation – and how it might affect your business